Flash Sale! Get 50% off on Original GS1 Barcodes
Use Code: SaveBig2022

We’ve been providing UPC and EAN barcode numbers (GTINs) for your products since 2007.  Use our UPC codes for nearly all physical retailers worldwide and online retailers such as Amazon, eBay, iTunes, Spotify, etc. Our codes are GUARANTEED to Work on Amazon Worldwide* (see Guarantees).

Our numbers originate from the GS1 and we are the only UPC reseller that offers a 14 Day No-Risk Money Back Guarantee.

• Spreadsheet File With Your Barcode Numbers that Can Be Used as UPCs (GTIN-12), EANs (GTIN-13) and SCC/Master Case Codes (GTIN-14)

• 14 Day Money Back Guarantee on Quantities of 20 or Less

• Barcodes That Are Guaranteed To Work On Amazon

• Own Your Numbers For Life With No Renewal Fees

And Nearly All Physical Retail Stores

(Note that there are a handful of physical stores that require you to buy directly from the GS1. These include but are not limited to Walmart retail stores at the national level and some regional (and Sam’s Club), any Kroger owned grocery store including Fred Meyer, any May Company Department stores such as Macy’s, Bloomingdales and Lord & Taylor. If you are so successful as to get contracts with such stores then you can justify the high cost of buying direct from the GS1. For everyone else, EZUPC is an affordable, legal and legitimate option. We highly recommend you check with your retailer or distributor’s requirements.) 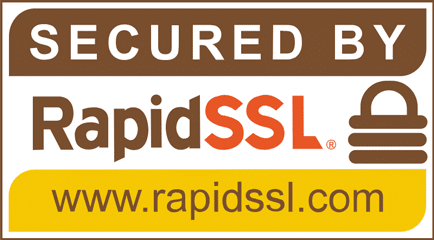 Guaranteed to Work on Amazon anywhere in the world. We give you both UPC and EAN Codes if you are outside North America*

Get FREE UPC & EAN Barcode Graphics in 2 File Formats: Vector EPS and universal PDF that works with virtually any app.

Legal, Verified, Authentic GTINs (UPC/EAN) that Originate from the GS1 and Can Be Used Worldwide

Serving You Since 2007—Used by the Presidential Inauguration!

People Love Us and You Will Too!

You guys are amazing and have the best customer service in the history of the internet! You can quote me on that!

I have never once done this before, but after dealing with this site, I have to. I just want to say thank you to everyone at this site. Holy cow. I wish every site was this customer friendly, helpful, knowledgeable and very easy to deal with. it’s no surprise that this is a successful company since it’s run so well. I’ve never had a better online shopping experience. Thanks for being so great to your customers and making things easy for us. If I ever need another UPC, I know exactly where I’m going to. Never change your incredible business approach!

I have done business online for years and have never had such efficient and fast service. I am totally impressed with EZUPC as a first rate company that delivers all that they promise—and then some.  Thanks so very much. It has been a delight doing business with you.

Thanks for the quick response! I appreciate the great customer service! I also appreciate the service you offer. It’s not many startups that can afford the incredibly high and seemingly unwarranted fees the GS1 gang demand.

My experience with EZ UPC has been excellent. EZ UPC supplied the order quickly, accurately and competitively. When I asked for EAN’s, they didn’t just send them; they went out of their way to make sure I understood how it works internationally so I would avoid mistakes.

You guys are fantastic and so easy to work with. Much better pricing than the GS1 Company here in Australia and my clients are so appreciative of the service you offer.  I shall continue to recommend EZ UPC in all instances. 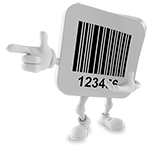 This is the No BS TL;DR—What you need to know and nothing more, nothing less. 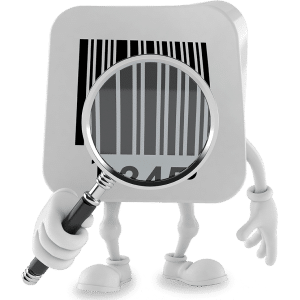 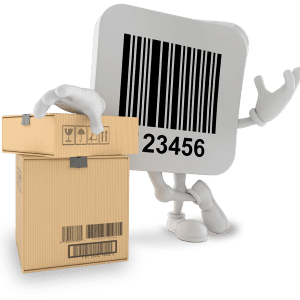 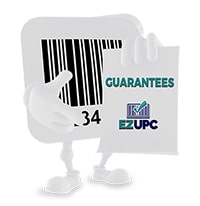 Used by the Presidential Inauguration.

Since 2007, our barcodes have been used by companies large and small from all of the world. Many brands and product names you would recognize bought their barcodes from EZUPC. Even the Presidential Inauguration purchased a UPC code from us for the official Souvenir Program. (Please note that we are a non-partisan, apolitical business and our customers do not reflect or advocate for any political views.) 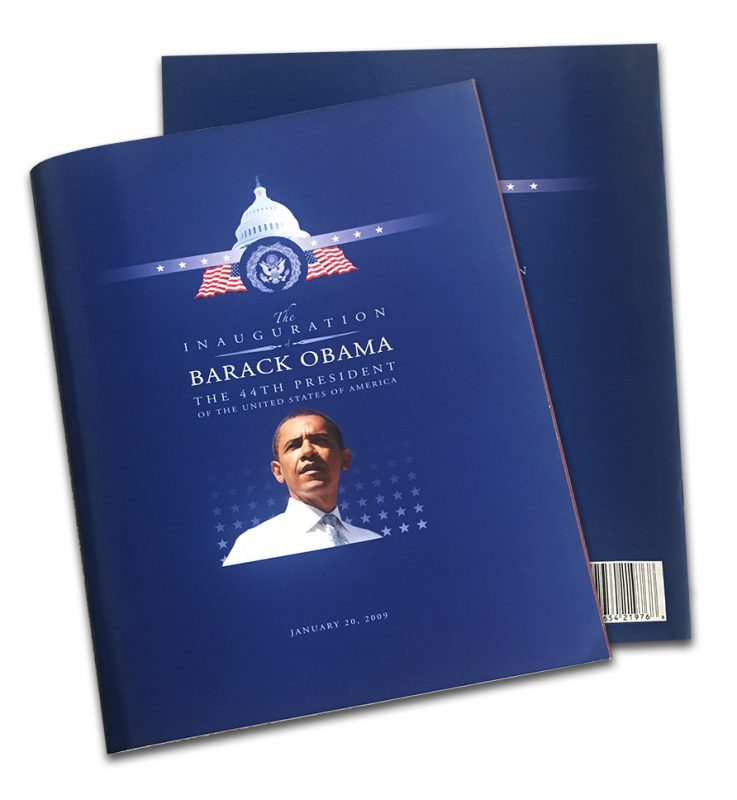 Computer challenged or unable to place an order online? Order with your credit card over the phone. We answer our phone and have real people to help you every step of the way! Give us a call: 307.217.5352

If a customer care representative is not available when you call, please leave a message with your phone number and best time to reach you and we will get back to you promptly—a real staff member who is knowledgeable and service-oriented, not an outsourced answering service reading scripts!

You will speak to one of our super-star service reps Jodie or Julia, and sometimes even our company owner. Yes, we have a small staff so you might not get an answer sometimes if they are helping another customer or not on duty, but we stagger their shifts to try to serve most of the time zones throughout the world. You may also send a request for phone order callback via e-mail. Click on Contact Us at left to send us an email. We also choose not to put you on hold for indefinite amounts of time so please let us call you back!

We've got your back when it comes to buying UPC codes or any questions you have about getting them on your packaging.

DO NOT accept bar code graphics files from other resellers in formats such as GIF or PNG. Those formats are WEB formats and are not suitable for print. And with tens of thousands of customers since 2007, we know what we are doing and we know what you need.

With EZ UPC, you have NO RISK. We offer a 14 day Money Back Guarantee (on quantities 20 or less—we encourage you to buy a few and test before buying bulk quantities) and we use the most reputable Credit Card processor for your protection (Authorize.net) on our own secure server via secure 128-bit encryption. You don’t have to leave our site to a third-party shopping cart.

NOTICE: In 2016 we filed a UDRP complaint against a shady competitor infringing on our longstanding trademark with the domain EasyUPC.com. In January 2017 we won the dispute and the domain was transferred to us. You can read about it here. We have since discovered they were selling fake numbers and are now operating another shady site under the name SnapUPC which recently changed again and they are now under UPCs.com. In the process we discovered that the same competitor as well as another were fined $20,000 by the Federal Trade Commission back in 2014 for price collusion. You can read about that here. Bottom line, if you want to buy from an honest, reputable business with real people that answer the phones and provide impeccable customer service and reasonable prices, then EZ UPC is really your only legitimate choice in the Barcode Reseller niche market. Call or email us today if you have questions about the recent Amazon rules that are causing a lot of people to think they can no longer buy UPC Codes from barcode resellers like us. When you buy from us, your numbers are GUARANTEED to work on Amazon (as long as you follow our instructions on adding your numbers to your products and are not a part of their Brand Registry). Be cautious about purchasing from Resellers who are offering barcode numbers for pennies on the dollar or claiming to have sold millions of barcodes. If it were that easy to obtain legal prefixes to be able to practically give barcode numbers away or sell “millions” then everyone would be doing it. There are also many websites out there now who are selling made-up or unofficial numbers that they don’t own the right to sell, and they are simply banking on the consumer not being savvy enough to do their homework and not spending enough money to come back to them later and sue them or file chargebacks or complaints.

George invented the UPC (Uniform Product Code) in 1973 under contract with IBM. He used to maintain a website with all the information about the origin of the UPC, the UCC and the GS1, and also shared details and info about the class action lawsuits against the Uniform Code Council (now the GS1) for monopolizing, as well as listing other legal resellers such as us.

We were one of the first resellers he verified and listed on his website. His site used to explain about the mechanics of bar codes and the numbering system, and shared great advice on how to determine if people like us are legal and legitimate and it had a blacklist of websites he had found to be fraudulent or suspicious. Unfortunately several resellers who made plenty of money off of unsuspecting and trusting customers threatened him with legal action in late 2016 and at 91 years old, he threw in the towel and removed the information on his site that had been there for 15 years.

The sad thing is he was only trying to help by giving information so people wouldn’t be victims of fraud. George passed away in December 2019 at the age of 94. AP News: George Laurer, inventor of ubiquitous UPC, dies at 94 His website can be viewed in the internet Wayback Machine. You have to view prior to 2016 to see the content prior to his removing of the recommended companies (like ours) and those on his Black List, which he removed when he was legally threatened in 2016. Here is our site on his recommended list all the way back in July 2007: 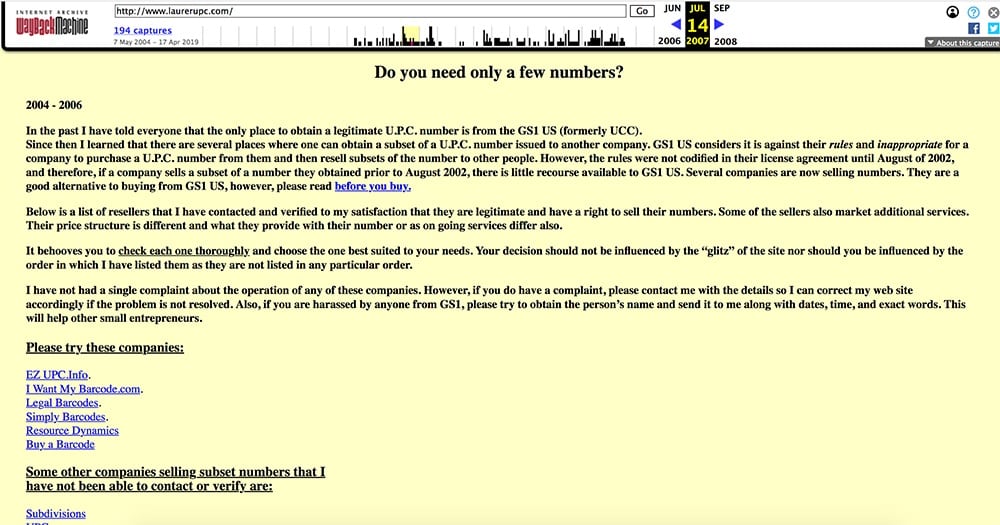 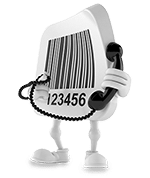 If you prefer not to call or live outside the USA, send us an email. We'll get back to you right away and answer all your questions. Heck, we'll even give you advice if you want to cry on our shoulder about your ex! (Disclaimer: we're not your therapist though!)

EZUPC We're Your UPC Easy Button! Your most transparent, reliable source for low-cost verifiable UPC codes since 2007.
Translate »
/* Moved from Head to troubleshoot */